If you are wondering what E Ink is, we’re going to explain everything you want to know about the so-known ePaper. (Electrophonic Ink) is also known as Electronic Paper, or ePaper.

E-Ink is now used in a variety of mobile applications including most ebook readers (e.g. Amazon Kindle DX), mobile phones, and digital watches. Also is being utilized by electronic magazines and newspapers.

How does E Ink work ?

E Ink (Electronic Paper, or ePaper) is a special type of display technology that mimics the appearance of ordinary ink on paper (e.g. like a newspaper or magazine).

The ePaper utilizes an electronic film that is inserted into various mobile screen devices. It provides the appearance of ink on paper by providing microscopic pixels known as capsules which resemble the texture of ink particles on paper.

The primary advantage of ePaper is that it reduces power consumption and provides much higher contrast and stable imaging in comparison to LCD screens. This makes the Electronic Paper much suitable for reading material in different ambient light conditions or sunlight.

The Invention of E Ink 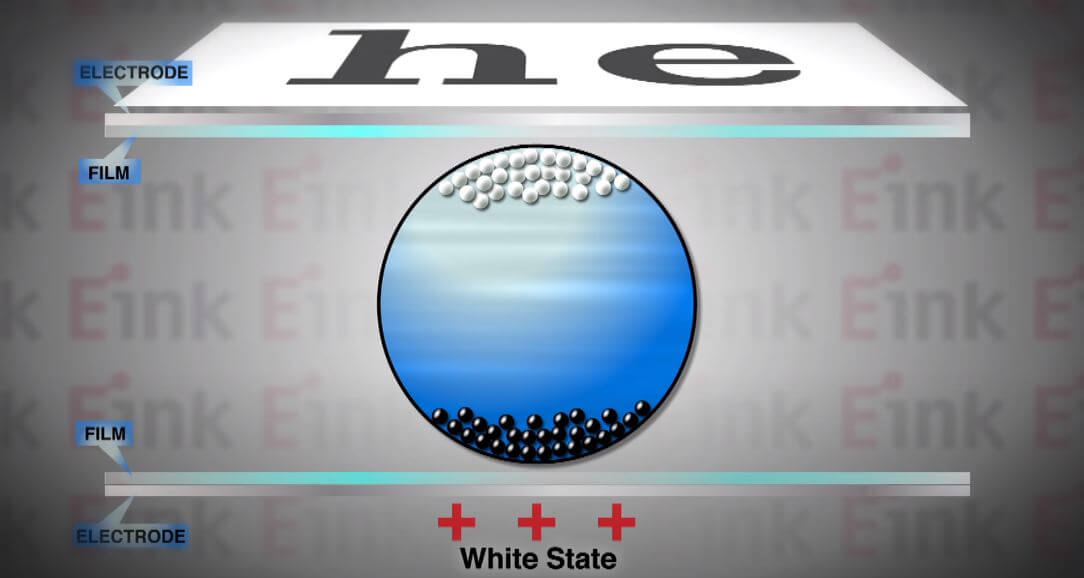 E-Ink is a specific type of electronic paper that was developed by the Company with the same name, in 1998 as part of an MIT Media Lab experiment. Electronic Paper is most widely used in the newest best e-Reader devices such as the Kobo, Kindle DX, Kobo Touch, Sony eReader Touch, iRex Iliad, and the Barnes and Noble Nook.

In 2010, ePaper launched the second generation of ePaper display, E Pearl which provided a 50% higher contrast than the original displays.

The third generation of Electronic Paper display, EInk Triton, was announced in 2010 which displays both 16 shades of gray and over 4,000 shades of color.

Learn what is a Kindle.

What is the Best E-Ink tablet ?

The best tablet that uses ePaper technology is Onix BOOX Note Air. Read here more about the ereaders vs tablets.

What is the Best E-Ink reader ?

The Advantages of ePaper in eBook Reader Devices

The advantages of using Electronic Paper technology in ebook readers are that it provides much better reading material for users.

Higher contrast, stable images, and 0% parallax (the observed displacement of lettering when changing angle) make it ideal for readers.

Other advantages are that it is much less power-consuming. Images can run indefinitely without any electricity. This means that eReaders such as the Kindle can run for weeks on end, less glare even in sunlight, sharper text display, and uniform text contrast.

It’s actually argued that if it wasn’t for the discovery of Electronic Paper technology then the ebook reader market would never have grown as it has done. Previous eReaders with LCD screens were available in 2001 however their poor user experience limited their appeal to consumers. LCD screens caused eye strains.

The Disadvantages of Electronic Paper

The main disadvantage of ePaper is that it has a much slower refresh rate than LCD or Plasma-based screens. This makes the screens undesirable for high refresh rate activities such as gaming, zoom, scrolling, and other interactive activities.

Another disadvantage is ghost images, which are shadows of the previous screen after refreshing.